PHOTO (above): It was a cracker market today with this pen of Angus X Heifers (and 1 Shorthorn X Heifer) sold by Charles Stewart & Co making the market top of a whopping 502c/kg, returning $1757ph for TN & SL Beaton!

Prices were higher in a much smaller yarding of 393 mixed quality cattle, down 452 on the previous week. The usual buyers attended but again, not all operated fully. Restockers were very active, purchasing much of the offering. Young cattle sold mainly 20c higher on prices, cows were also 20c dearer with better covered beef breeds 10c to 15c/kg up on last weeks small gains. The grown steers were unchanged to mainly 20c/kg higher. 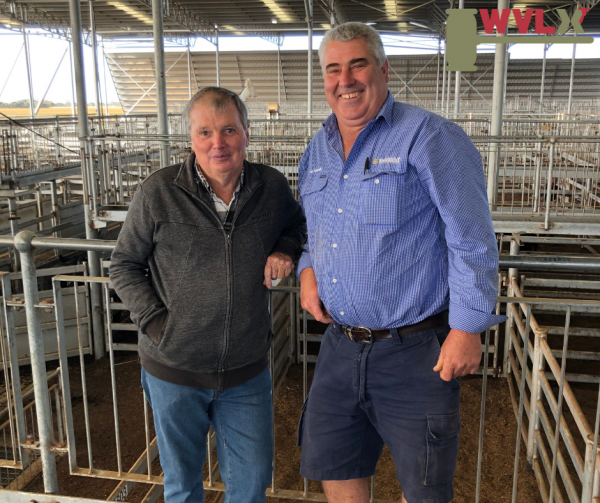